RingLead is a leader in data quality and has been providing data solutions to large enterprises, Fortune 500 companies and small businesses for over a decade. RingLead currently protects and enriches more than 300 million records daily worldwide. 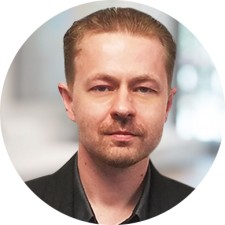 “This is a major release,” said Russ Artzt, RingLead’s executive chairman. “This is major because it leverages the tool to integrate with DMS. It’s the first step toward Capture becoming part of the DMS family and serving the integral role of discovery.”

The progress never stops. We have many new and exciting features on our product roadmap as we prepare to integrate into DMS.

In a recent study, RingLead concluded prospecting with Capture is 1000x times faster than sourcing contacts manually. Sourcing 100 contacts and researching them took 500 minutes; Capture was able to complete the entire research process in 30 seconds.

To achieve such staggering results, Capture 3.0 performs a real-time crawl of the Internet and multiple databases to return everything from firmographics about a company’s size and industry, to social media platforms, verified phone numbers, and SIC codes. Unlike other prospecting tools, RingLead’s Capture 3.0 is a data originator and uses its proprietary technology to source data from multiple sources.

“Capture 3.0 has drastically improved in usability,” said Alex Kazansky, Capture’s senior developer. “As a developer, it feels great to know that we were able to release an upgrade that improves usability and addresses customer feedback. Of course, the progress never stops. We have many new and exciting features on our product roadmap as we prepare to integrate into DMS.”

RingLead will release its new flagship product, DMS, in April. Capture will represent the “discovery of new data” component of DMS. In the weeks leading up to the release, RingLead will issue additional information about DMS, as well as Capture’s role in DMS.

“I’m particularly excited about this release because of what it signals,” said Christopher Hickey, RingLead’s chief executive officer. “DMS cleans, normalizes, segments, deduplicates, prevents duplicates–all in one end-to-end, cloud-based platform. When you marry that technology with the unbelievable capabilities of Capture 3.0, you get an unrivaled product.”   ​

Get notified about new releases.